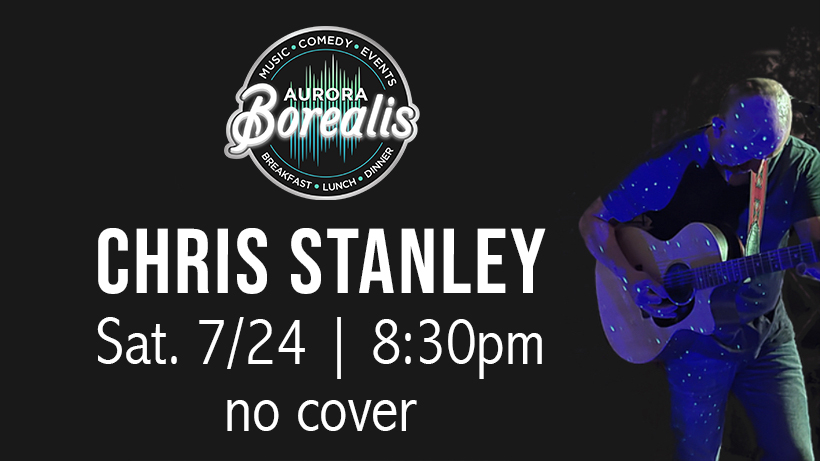 FREE SHOW! There is no cover charge therefore Entertainment Gratuities are appreciated!

In this solo show, get ready for a gritty, passionate, wall of sound that will force you to your feet. His original music as well as personal takes on some of our favorites, will be something you’ll remember and want to see again and again.

Chris was born in San Antonio, but has lived most of his life in Washington State. He has played just about everywhere in the Northwest from Seattle clubs to Eastern Washington wineries, and most notably at The Gorge campgrounds.

He ground his teeth at an early age with his father, a trumpet player, who Chris followed around to sit-in at blues jams. He would often get looks of amazement from the older, more experienced musicians when they heard his unique style; an aggressive, passionate but complex sound that is unmistakably sincere.

Chris met his drummer and bass player at age the of fifteen when he was asked to write a more modern guitar take on the Village Theater production of ‘The Wiz’.

After twenty-five years with the band, whose end resulted in a two year hiatus from music, Chris has found his way back to the stage…and is more passionate than ever.