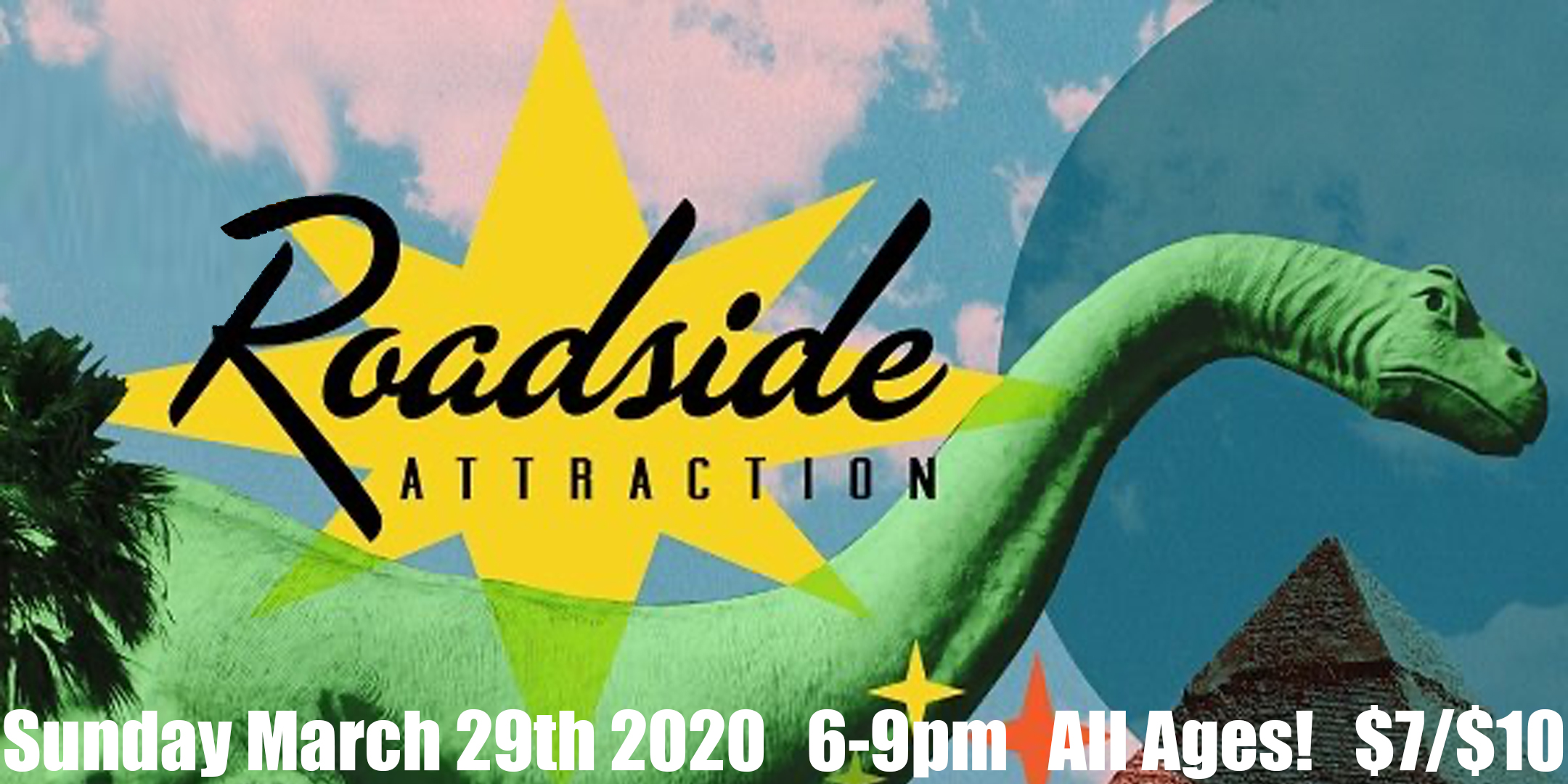 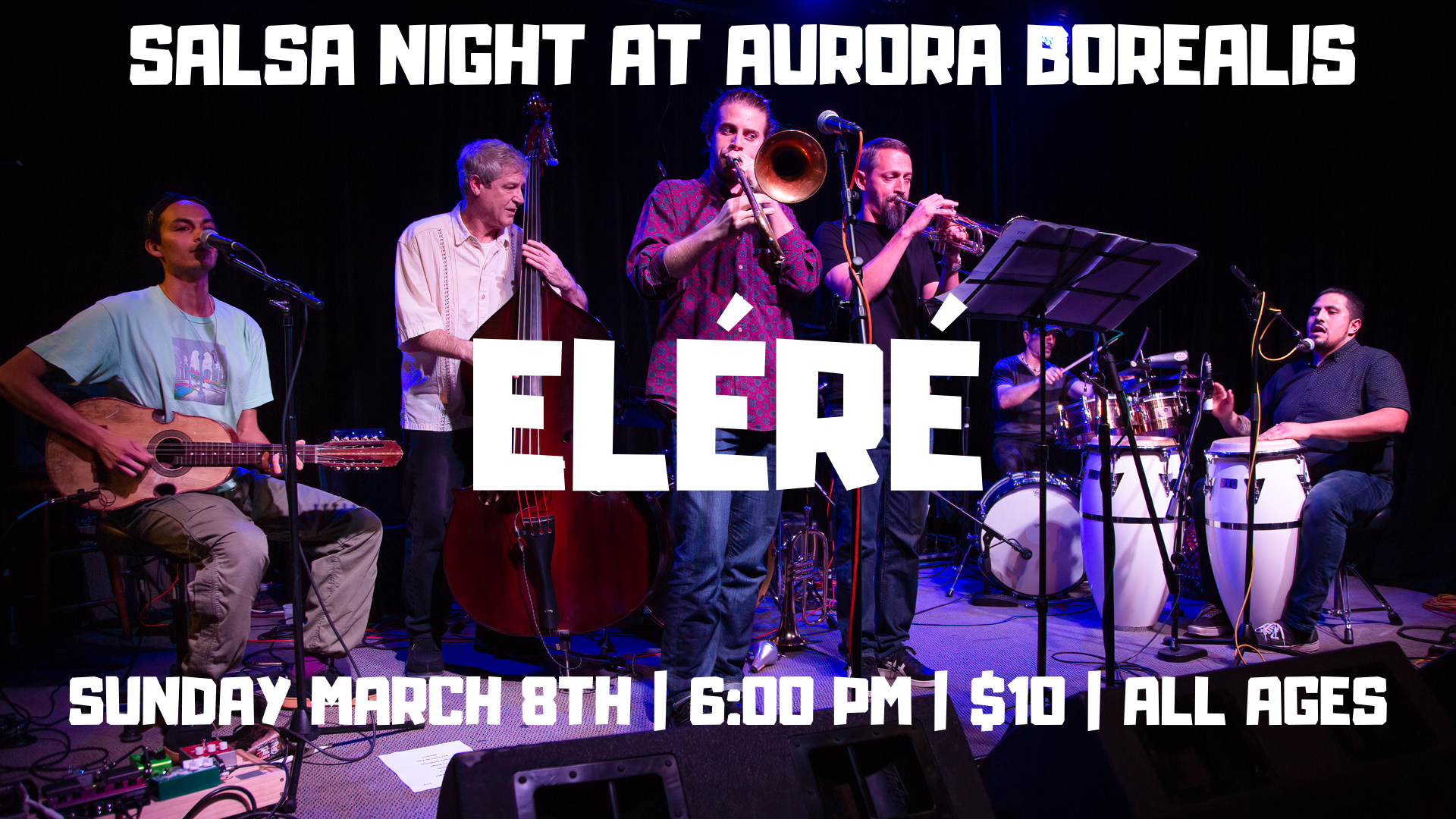 Join us on Sunday March 8th for night of fiery Latin Jazz to keep you dancing all night!

Danny Mendoza and his amazing band will bring their incredible skills to Shoreline for some of the best upbeat jazz you’ve ever heard! 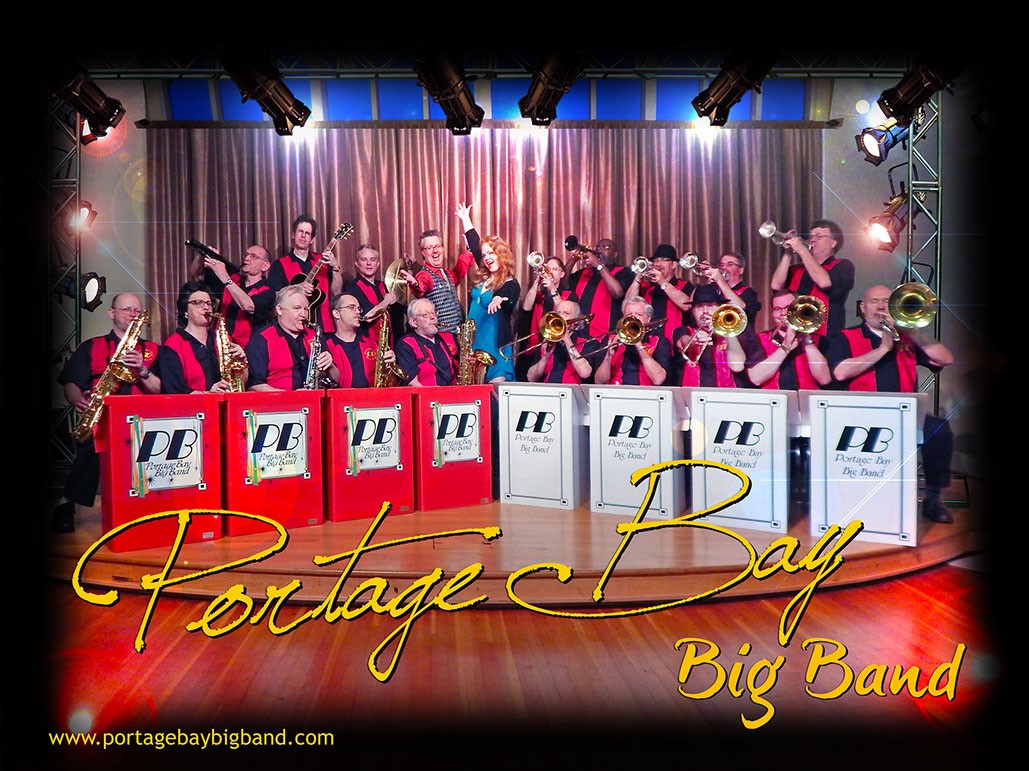 The Portage Bay Big Band is an authentic musical tribute to the legends of the Swing Era, as well as a Rocking Brian Setzer tribute band featuring guitar and vocal great, Lyle Ronglien.

PBBB masters the intricate details of some of the most famous hits of yesteryear and keeps crowds of dancers and spectators entertained with rich vocals, musicianship and performance.

With the addition of Lyle Ronglien, “Lyle Seltzer”, the band transforms into a BRIAN SETZER tribute band with the vocal and virtuoso guitar work of Lyle. Lyle’s guitar work and vocal duets with Hannah provide   spectators and dancers an engaging and lively experience.

Lyle Seltzer and the PBBB:

A HISTORY OF THE CRITICAL MASS BIG BAND

The Critical Mass Big Band began as an offshoot of the Woodinville Community Band in the summer of 2001. We are proud to be entering our 20th year as one of the premiere jazz orchestras in the Northwest.

Initially, the band members rehearsed simply for the enjoyment of playing primarily swing and dance music. Once the members decided to secure gigs, the band needed a name and the band became “The Tsunami Big Band”. When the devastating tsunami hit Asia in 2005, that name seemed inappropriate and the name was soon changed to the “Critical Mass Big Band.” Although the Japanese power plant nuclear meltdown gave the term “critical mass” a negative connotation, we resisted the temptation to change the name again!

Trombonist Doug Whiteside was the band’s first music director and led the band through its early years, including its very first gig at the Edmonds Unitarian Universalist Church. The members later realized that they needed a director with more formal musical training , so the band’s bassist, Paul Nelson, stepped into the role. When he left the band, Les Norton and Barry Smith directed the band.

In about 2005, Keith McClelland, a very experienced arranger, director and pianist, became the director and rehearsed the band weekly. During the period of 2004-2005, the band made a musical transition from community swing band to a straight-ahead jazz orchestra, and the level of musicianship rose considerably. Many new and challenging charts — and Keith’s knowledge and experience — raised the band to new heights.

Keith initially planned to lead the band for only a short time, but stayed around for years. The band was later directed by Barry Smith, Barry Roberts, and Jeff Ray.

Critical Mass has progressed from a modest community band to a group of very talented musicians who enjoy playing music from the entire spectrum of big band music. We have played in many jazz venues, including Tula’s, the North City Jazz Walk, school concerts, and private parties. We regularly invite local jazz headliners to join us as featured soloists, including Greta Matassa, Danny Quintero, Pete Christlieb, Bill Ramsay, Susan Pascal and Gordon Brown.

The band’s 20-year history has seen a remarkable evolution from a modest band playing just to entertain ourselves, to a popular and talented group of musicians who are proud to deliver polished big band performances in any venue. 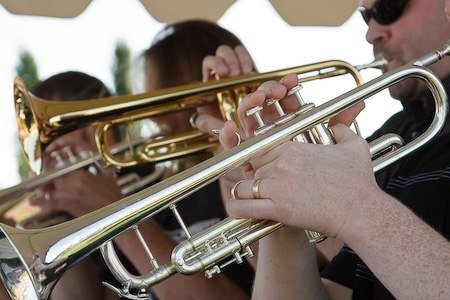 The Emerald City Jazz Orchestra has made its mark as one of the premier jazz ensembles in the Pacific Northwest. With brilliant soloists and sparkling original charts, the ECJO represents the best in contemporary big band performance.  Performing in the Northwest for over 25 years, the ECJO continues to bring its exciting big band jazz to audiences.  The ECJO has released 2 CD’s – Alive and Swingin’ and Come Rain or Come Shine and plans to record a third in the future.   A majority of the music performed by the band was written specifically for the band and the featured soloists.