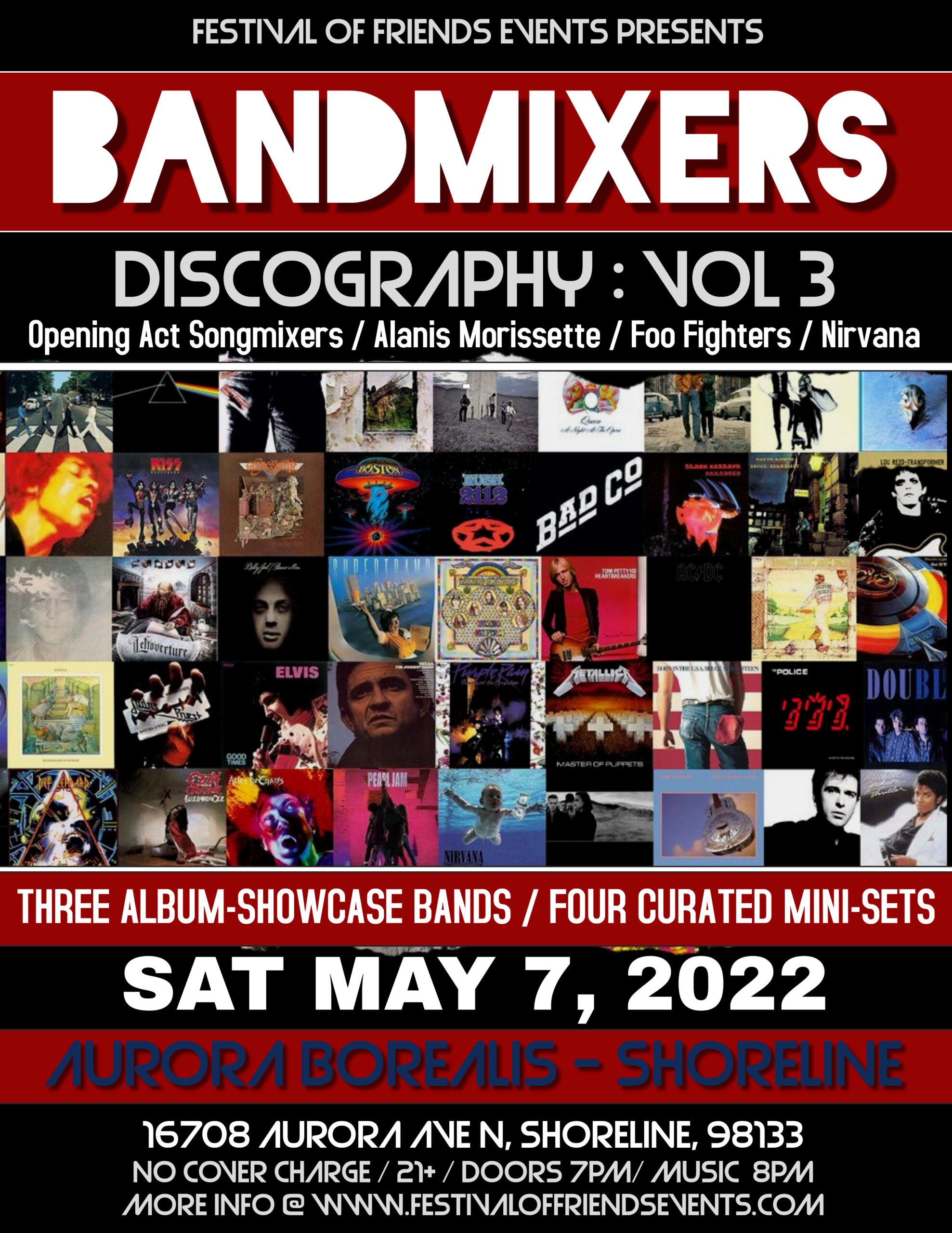 Festival of Friends, Bandmixers-Discography events feature curated cover bands showcasing select tracks from some of rock music’s most iconic albums. Performing bands are made up of musicians from within the Festival of Friends Events community.  Our Volume 3 installment includes music from Alanis Morissette, Foo Fighters and Nirvana. In addition to the album-oriented performances, the “Opening Act” Songmixers set will include mixed-artist material from the likes of Bonnie Raitt, Lenny Kravitz, Tracy Chapman, Jackson Browne and more.  A great night of community live performance!

This event will include “Opening Act” Songmixers performances along with three showcase album sets, featuring five select tracks from each of the following albums:
– Opening Act – Songmixers (8pm)
– Alanis Morissette / Jagged Little Pill (9pm)
– Foo Fighters / The Colour and the Shape (10pm)
– Nirvana / In Utero (11pm)
Doors at 7pm, Music at 8pm!
21 and Over. NO COVER!
Hope to have you with us for our first event in over 2 years! Good times, great music and an amazing community await 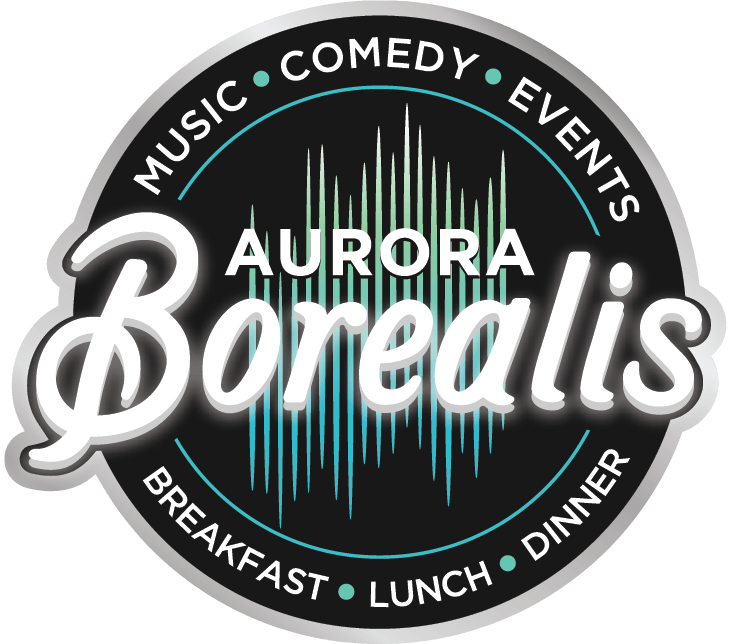